WE ARE WELL TRAINED & CERTIFICATED

Of course unavoidable with a new version of any rifle, we get this frequently asked question via every possible platform: What is the difference between the MK2 and the new M3?

The differences between the FX Impact MK2 and M3

the FX Impact is surely one of the most famous models among the "high-end" precision air rifles.
And this is for good reason too!
This rifle has pushed the boundaries time and again thanks to its modularity and adjustability.

What are we looking at?

These are mainly the major upgrades that make a special difference.
Smaller upgrades such as the tighter barrel attachment, valving, and other adjustments are going to be let aside for now.

Of course I can't tell you which upgrade is important to you, but this will probably give you an idea of what's important.
If you have any questions about this, you can always contact us. 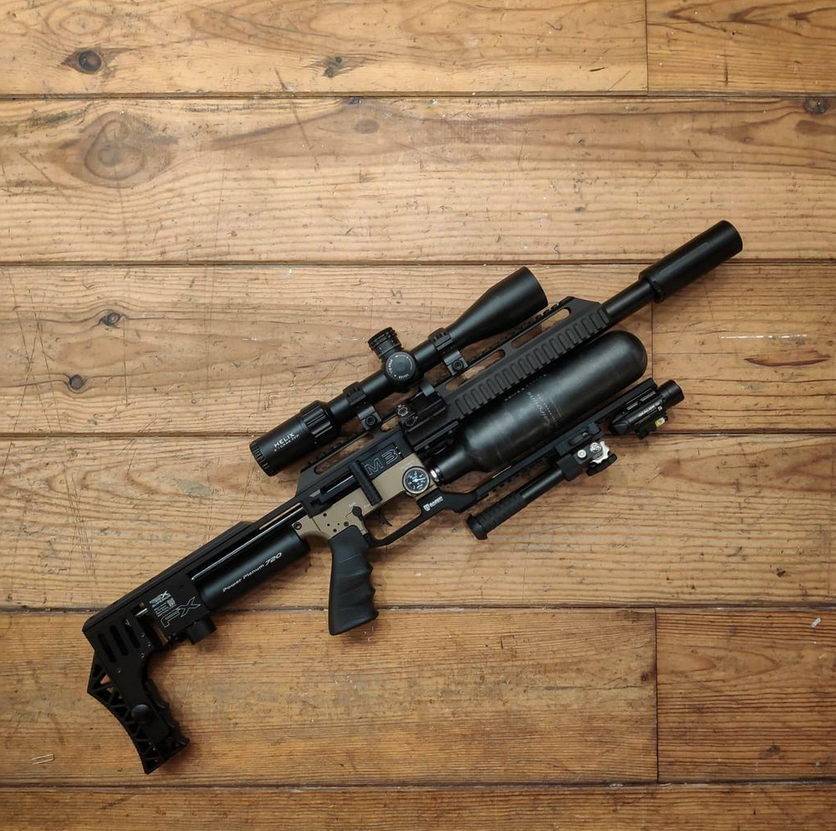 If you've done some research on the Impact M3, you've probably noticed that this rifle has not one, but two regulators.

Another advantage of the additional regulator is that it reduces the pressure of the connected bottle.
This allows a 300 bar bottle to be attached onto the Impact, despite the fact that the interior of the rifle has been rated for 250 bar.

The Impact MK2 was already upgraded with the larger Power Plenum during its production period.
This gave a significantly greater power potential compared to the MK1 and previous MK2's with the smaller normal plenum.

The plenum is basically the air supply beyond the regulator (2nd) used for the shot.
When the plenum has a larger volume, the rifle can therefore use more air for the shot.

Now the Impact M3 is equipped with an even larger 72cc plenum.
This gives the M3 a high potential for power and efficiency.

A nice upgrade for the shooters who want to tune for precision are the new pressure gauges from Wika.
These are of significantly better quality than standard FX gauges and therefore give more accurate readings.

This gives the advantage that the shooter can read very precisely at what pressure his regulator is set and what pressure is still in the bottle.

The FX Impact is of course known for its exceptionally good adjustability.
In previous models, the power and precision was already adjustable to a very precise level.

As with the previous models, the hammer spring is adjustable for both macro and micro adjustments.
For the macro adjustments, the Impact M3 has a wheel with 16 positions.

Now it was very difficult to read the micro adjustment with the previous models.
To do this, the user had to measure the adjustment with a caliper.
This was of course a bit cumbersome and not ideal for sharing your settings with fellow shooters.

Now FX has introduced the Quick Tune system where the micro adjustment can be adjusted with a small wheel with numbers.
This makes it considerably easier to keep track of and share your settings than with the previous models. 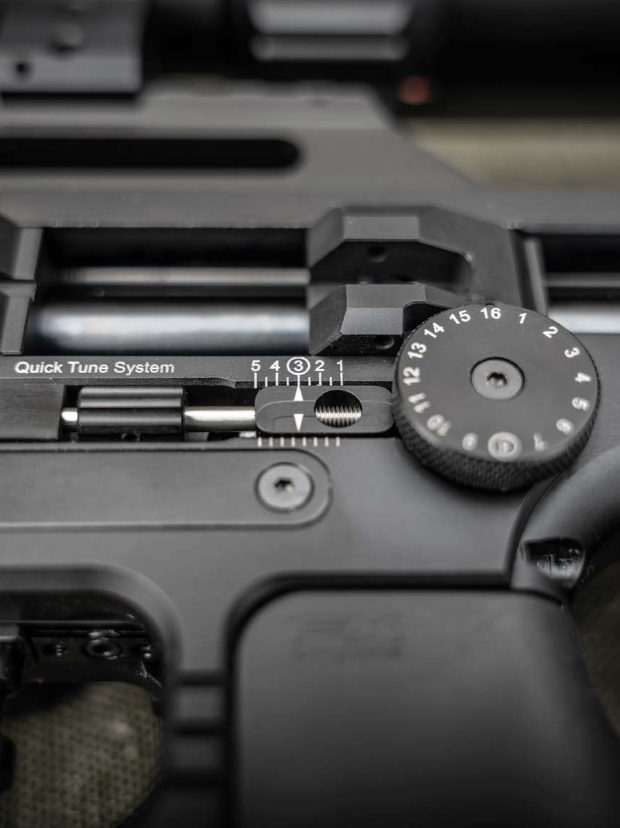 FX rifles have been long known for their smooth loading and cocking.
The new side lever on the M3 is equipped with a larger grip and a new design for a shorter cocking length.

This lever is now also easy to switch from right to left.
This makes the Impact M3 ambidextrous right out of the box.

Another interesting upgrade is the addition of a new transfer port.
The transfer port is the channel through which air flows from the plenum to the barrel.
Logically, the larger this channel is, the more air can flow through it, resulting in more power.

The beginning of the barrel structure is equipped with two transfer ports on the top and bottom.
The smaller round transfer port is marked with the 'P' for pellets and the larger "bridge style" port with the 's' for slugs.
The shooter can quickly choose between one of these 2 by simply loosening the barrel adjusting screw and rotating the barrel 180 degrees.

These transfer ports can be found on all calibers below .30 (.30 and .35 only have the normal transfer port).

The Side Angle Gauge Bracket is an accessory that can be mounted on the right side of the rifle.

This bracket allows a pressure gauge to be mounted in the shooter's field of view.
This allows the shooter to monitor his regulator pressure while firing.

As a result, the rifle scope already has a compensation for the longer distances as standard and the shooter maintains a higher adjustment range.